Summer is just around the corner and we are excited and looking forward to spending the summer at Camp Takatoka with all of your campers!

Sign up for Overnight Camp
Scholarship Information
Arriving at Camp

Check in at the Dining Hall on Sunday from 2:00-3:00pm. We encourage families to arrive early but no one will be checked in before 2:00pm.

IF YOU WILL ARRIVE AFTER 3:00PM, PLEASE NOTIFY THE CAMP TAKATOKA OFFICE AT 918.476.5191 AS SOON AS POSSIBLE SO WE KNOW THAT EVERYTHING IS ALRIGHT!

Once on-site, please watch your speed, parking, and excitement, to ensure everyone’s safety. All campers must see the Camp Nurse at check-in, even if your camper has no medications. Welcome & staff introductions begin at 3:15pm in Jett Chapel. Parents are invited to stay but should plan to leave camp at completion (no later than 4:00) so we can start our week!

At check-in, the Snack Shack/Camp Store will be open in the Dining Hall to deposit money in your camper’s account ($20-$30 is recommended). Though it is not mandatory, all children have the opportunity to visit the store each day, and it will also be open Saturdays during check-out. Any money left over at the end of the week will be donated to the YMCA’s For a Better Us Annual Support Campaign, which helps send kids to camp.

Items available at the Camp Store include:

Be sure to pack!

What Not to Bring

Please ensure your camper does not bring any of the following. IF THESE ARE BROUGHT TO CAMP, YOUR CAMPER MAY BE DISMISSED IMMEDIATELY. APPROPRIATE

How invisible can you be?!

Ready to make a mess?!

Get spooky with your it!

Jack Sparrows got nothing on you!

Get your lawn chair, kiddy pool, and sun hats out!

Our lost and found grows every year! Camp Takatoka is not responsible for lost or stolen items. Due to a number of requests and
expense, we cannot ship found items, but we will arrange for them to be brought to the Tandy YMCA for you to pick up. After each session, items will be held for one week and then donated to a local charity.

Campers may leave for the afternoon on Saturday with a parent/guardian. Please be sure to sign in and out at the office. Campers must be picked up before 10:30am on Saturday and returned to the office before 6:00pm. Laundromats are located at 700 W Cherokee St.

Unless previously cleared with the Camp Director, campers will not be released until Closing Ceremonies have ended at 10:00am on Saturday. Parents/guardians/families are welcome & encouraged to join us in Jett Chapel at 9:15 to share in the songs and memories from the week.

The front gate opens at 9:00am. Camp Takatoka staff will help you sign out your camper. Campers will only be released to adults with ID listed on their registration form. THERE ARE NO EXCEPTIONS. Campers must be picked up by 11:00am.

Once on-site, please watch your speed as everyone is eager to see their child and hear about what a great week it was! We appreciate your cooperation and patience to ensure everyone’s safety. Campers whose parents do not attend closing ceremonies will return to their cabins with their counselors for pickup.

Pick up your medication in the dining hall. The Camp Store/Snack Shack will be open for any last-minute souvenirs.

As a close-knit community, Camp Takatoka expects each camper to respect themselves, everyone else, and everything that is a part of camp, including furniture, facilities, equipment and natural surroundings.

All members of our community—staff & campers alike—are expected to behave responsibly and appropriately at all times. After reasonable efforts, including parental involvement, are made to modify repeated irresponsible or inappropriate behavior, which includes but is not limited to vulgar language, sexual innuendo, vandalism, or use of threats or intimidation, a camper may be dismissed.

Grounds for immediate dismissal include, but are not limited to: actual and/or direct threats of physical harm to self or others, sexual acts, abuse or harassment, use or possession of any drugs, alcohol, weapons, tobacco, fireworks, lighters or incendiaries.

Upon notification of expulsion from camp, the parents/guardians are expected to make arrangements for immediate pickup of their camper. Only people listed on the registration form are allowed to pick up campers. Permission for someone not listed cannot be given over the phone, by email or fax.

In the meantime, as discreetly as possible, the camper will be escorted to their cabin to pack their belongings, so as not to make a public spectacle of their situation. After collecting their things, the camper will wait in the office with the Camp Director until they are picked up.

Campers dismissed for disciplinary reasons are not allowed back in camp for the remainder of the summer and may be asked not to return to camp in the future.

No refunds are given

Kids love getting mail and packages from their parents. All mail should be addressed to:

If you send a care package: We cannot allow food, candy or gum in cabins. We don’t want bugs or critters in our cabins, and the rising prevalence of food allergies could cause an unnecessary medical emergency. ALL FOOD SENT TO CAMP WILL BE DISCARDED. Also, please do not send water guns, water balloons, shaving cream, silly string or anything that can cause damage in the cabins.

The Y is made up of people of all ages and from every walk of life working side-by-side to strengthen communities. Together, we work to ensure that everyone, regardless of ability, age, cultural background, ethnicity, faith, gender, gender identity, ideology, income, national origin, race, or sexual orientation has the opportunity to reach their full potential with dignity. Our core values are caring, honesty, respect and responsibility—they guide everything we do.

Physicals/exams must be no more than 12 months old, and the forms must be signed by a physician.

Any camper arriving without properly signed forms will not be allowed to attend. Completed health forms must be returned by June 1, 2019 at 6:00pm.

Campers with pre-existing conditions such as allergies, chronic infections, asthma, etc. must bring necessary medication in sufficient quantity for the camper’s stay. All medication must be in its original container with complete doctor’s instructions for dispensing.

Any medication not properly labeled WILL NOT be administered. All over-the-counter medications and vitamins must be noted on camp paperwork and checked in with Camp Nurse. Camp Takatoka has a doctor on call and utilizes the Wagoner Community Hospital for emergencies. Parents must assume responsibility for any other desired medical arrangements.

Diabetic supplies will be kept in the infirmary and their administration will be supervised by our medical staff, but staff will not administer any shots. If shots need to be administered during a camper’s stay, an appointment will be made with our on-call physician and all charges will be
billed to the parent, including transportation to and from the doctor’s office.

Parents will be notified of any serious accident or illness involving their camper according to the emergency contact information listed on the registration and health forms. All pharmaceutical charges incurred by a camper while at camp are the responsibility of the parent. If a camper is unable to participate in activities for more than 24 hours due to illness, arrangements will be made for the camper to return home.

Your personal health insurance is the insurance in effect while your child is at camp.

All dental devices, including orthodontic appliances, are the parents’ and camper’s responsibilities.

Campers must request each other and be within one year of age. Only one request per camper is guaranteed. There are many factors that go into cabin placement and every effort is made to honor all requests. Please realize that camp is also about making new friends and that the week will be a wonderful adventure, even if a request is not able to be accommodated.

Campers will not be admitted to camp without prior payment in full. Payment is due IN FULL two weeks prior to the registered camp session. We accept cash, checks, money orders, VISA, MasterCard, and American Express. Camps are filled on a first-come, first-served basis, so a camper’s chances of attending their preferred session are enhanced by making PAYMENT IN FULL as soon as possible.

Payment must be made in U.S. dollars.

Returned checks will be charged a $30 fee.

Cancellations forfeit your deposit. Please note that the camp does not offer refunds for injury, illness, or weather. We occasionally make exceptions for medical issues with a note from a doctor.

Look for your child in our photo gallery, available through the links below. Photos are updated as much as possible throughout the week. While we cannot guarantee multiple pictures of every camper everyday we strive to get as many as possible!

Check out photos from Camp Takatoka!

Map will display here
A

Drop off and pick up here!

Health records and all medication is kept here 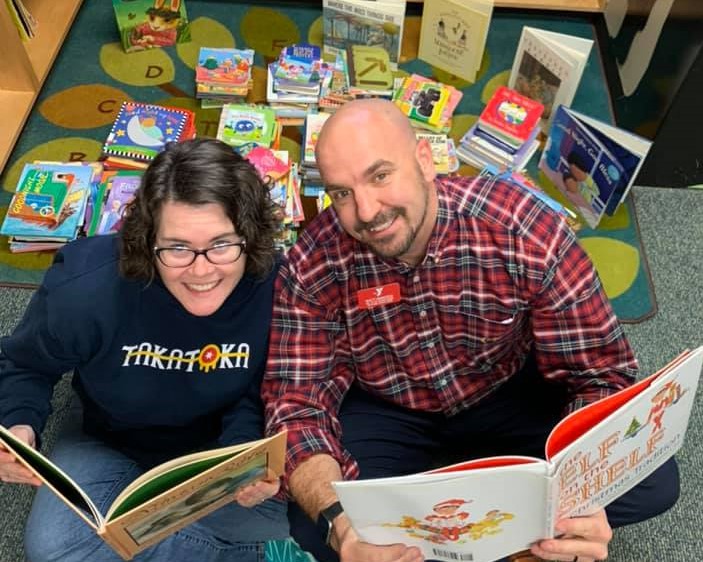 The YMCA is so much more! Over the last 110 years the YMCA of Greater Tulsa has served the Tulsa metro area in various ways through Youth Development, Healthy Living, and Social Responsibility.